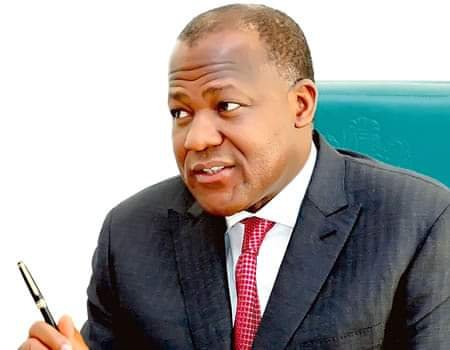 Politically embattled former Speaker of the House of Representatives, Yakubu Dogara, has again thrown another bombshell in continuation of his fight against the ruling All Progressives Congress (APC) which he belongs to declare that Hon Emeka Ihedioha was politically robbed of his victory as elected Governor of Imo state.

Yakubu Dogara unequivocally declared that Emeka Ihedioha suffered a daylight robbery when his election as Governor of Imo State was nullified by the Supreme Court in January 2020.

The former Speaker according to his Media aide was speaking at the Thanksgiving Service to celebrate the 90 birthday of Ihedioha’s mother, Dame Dorothy Ihedioha at St James Anglican Church, Asokoro, Abuja, on Sunday.

Yakubu Dogara frankly noted with delight that the stolen electoral mandate of Emeka Ihedioha did not in any way break his spirit as he has moved on with life.

He then praised Emeka Ihedioha’s resilience and courage, which attributes, he said came from the upbringing he received his from mother.

According to him, “We want to thank God for the gift of life and more importantly the gift of longevity. As it is said that the impact of life is not measured by the quantum of years you live but by how impactful one’s life is.”

He stressed that: “We have seen the impact of your life in the Church, the community and in the lives of your children as represented by my wonderful brother, His Excellency Rt. Hon Emeka Ihedioha.

“He has supported me and one of the meetings that led to my emergence as Speaker was held in his Guest House,” he further decided.

The former Speaker added that “I want to say this with all humility that our brother here (Ihedioha) suffered a brazen daylight robbery, and I can be quoted but I thanked God that he didn’t bend or became depressed.

“And I believe it is his faith in God that kept him and he must have contacted this grace from our mother,” he added.

Turning to the celebrant, Yakubu Dogara said, “Mama we thank God for your life and we pray you will continue to age in grace and by His Grace you will reach 120 years in good health and in prosperity.”

He concluded by praying, “And we will be here to celebrate with you because you are ahead of us so we will come too.” NOW THEY POST HIS PICTURES, BUT NEVER REACHED OUT IN HIS TRYING TIMES

JACOB ODULATE, THE MAN WHO INVENTED ALABUKUN POWDER OVER 100 YEARS AGO

“GIVE ME BACK MY BRIDE PRICE”- GROOM CANCELS WEDDING, DEMANDS FOR REFU...

THERE IS NEED FOR A NETWORK BANK BY ABAI FRANCIS | PENGlobal